'In the 1980s William Patten Primary School bravely launched a campaign to try and halt the deportation of two of their pupils. They believed it was their responsibility to make a stand on racist issues in the community. I became involved as my daughter, Maya, was in the Infants School at the time. Zeynep Hasbudak was in the year above Maya, and Fatih Hasbudak in the year below. The whole Hasbudak family, who had lived and worked in London for many years, was threatened with deportation as the parents had overstayed their visas. The children had British nationality but their parents did not. Pupils at William Patten, who knew Zeynep and Fatih well, and regarded them as friends, were shocked, distressed and angered by the situation. The school’s campaign attracted a lot of media attention. I photographed the unfolding events: children writing letters, demonstrating outside the Home Office, the family forced into hiding. The resulting exhibition, in support of the campaign, sought to highlight the issue of deportation and the effects on children involved. My daughter later told me how frightened she was when she realised children she saw every day in the playground could be banished from all that was familiar to them and sent to a country they didn’t know. The Hasbudaks were deported to Turkey in April 1984.'

Anna's photos of The Hasbudak Anti-Deportation Campaign featured in the Centerprise book Breaking the Silence: Writing by Asian Women. 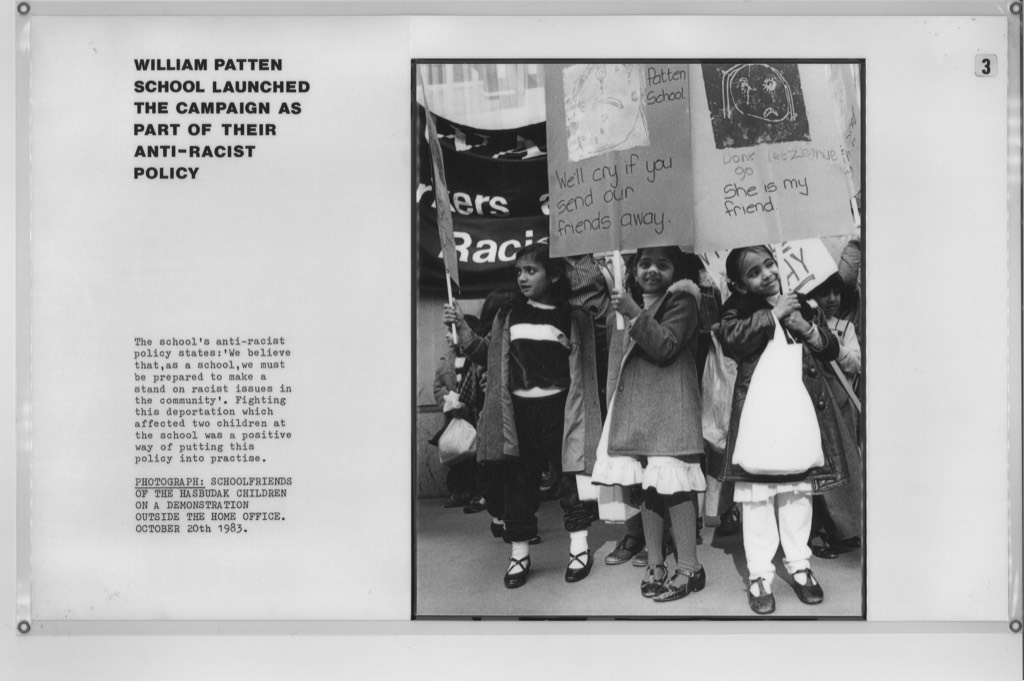