'Prem Lathar was a single parent with four lovely children at Colvestone Primary School, the two youngest of whom were born in the UK. She was originally from Pakistan. In 1985 she was horrified to get a letter from the Home Office saying that she had overstayed her spouse visa and that together with the children she would be deported to Pakistan. The Home Office refused to change the decision and, with no funds to launch a lengthy and complex appeal, Centerprise launched a campaign strongly supported by the head of Colvestone Primary School. We quickly gathered hundreds of petition signatures from Centreprise users and school parents, with the support of the Bishop of Stepney.

On the day of a fundraising event we received notice from the Home Office that they were backing down. I still see Prem about in Hackney. The children have grown up, gone to University and have families of their own.' 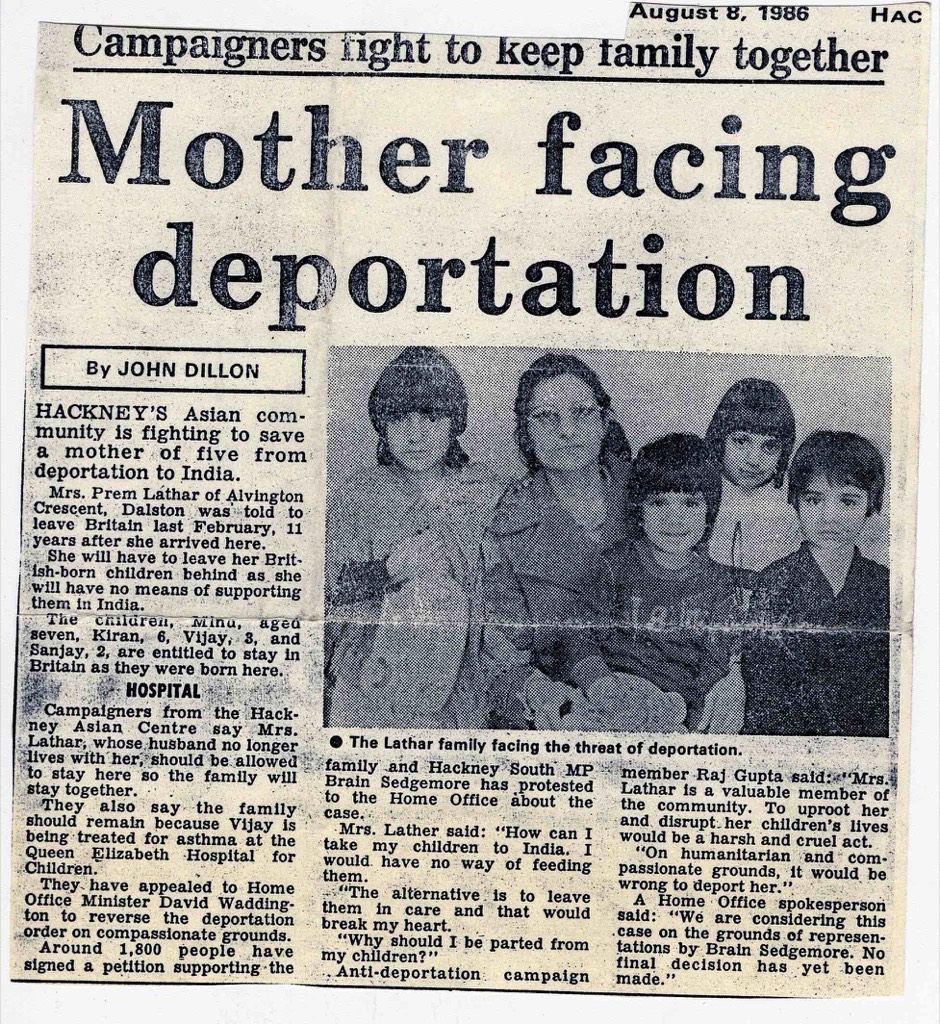