Chris O’ Mahony worked in the Hackney Reading Centre at Centerprise in the 1980s:

'We organised an outing, and it was just a hoot. Well we hired a minibus, and it was probably the worst minibus in the world. It went so slow, and everyone else was heading to Greenham, it was a massive demonstration day. And Irene was driving. And all these busloads of women were passing us, and all our women were going, ‘Put your foot down Irene! Put your foot down!’ She was going, ‘I’ve got it on the floor,’ and we were still chugging along at 40 miles an hour on the motorway. Eventually we got there. And our students probably were the first black women that had been seen at Greenham. So, all these kind of hippie-dippy dykes came rushing out to embrace them and welcome them. Anyway, the students brought along the rum, and they were passing the rum around.

It was a really cold day, I think it was November or something. It was one of those 'hold hands around the base' events. Oh, and it was all go silent at 11 o’clock, you know. So, everyone whispered to everyone else to go silent, and you could see the police and the soldiers all getting really really scared, the silence was much more terrifying for them than the noise and the screaming that had been going on before. There were thousands upon thousands of women there that day. And we all held hands around the base, and suddenly these boltcutters come out, and they’re being passed from hand to hand. So some of our women just used them to cut holes in the fence. And the next thing we know, all the fences are coming down, and we’re inside the base. And my kids had been really anxious about me going, because there’d been a lot of stuff on the news about it. And I’m thinking, oh God, they’ll really kill me if I get arrested. Anyway, we got pushed inside. And I kind of got stuck, because my feet got tangled up in some barbed wire, then a piece of corrugated iron landed on top of my feet. So I was stuck inside the base when there was a push back, and everybody kind of went back the other way, leaving me stranded. And I was really shitting myself. Now one of the students came and got me actually, oh I wish I could remember her name, she came and wrestled this piece of corrugated iron off my feet and untangled me and dragged me out again. So thanks to her I didn’t get arrested. But we had such a good day out, they talked about it for forever afterwards.' 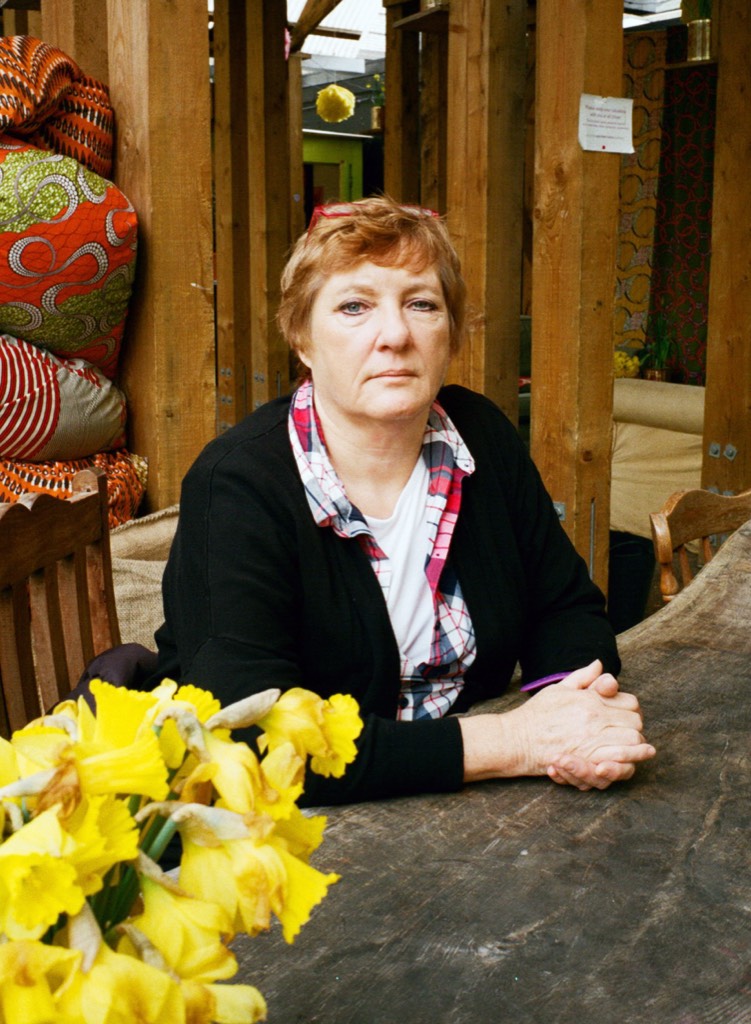 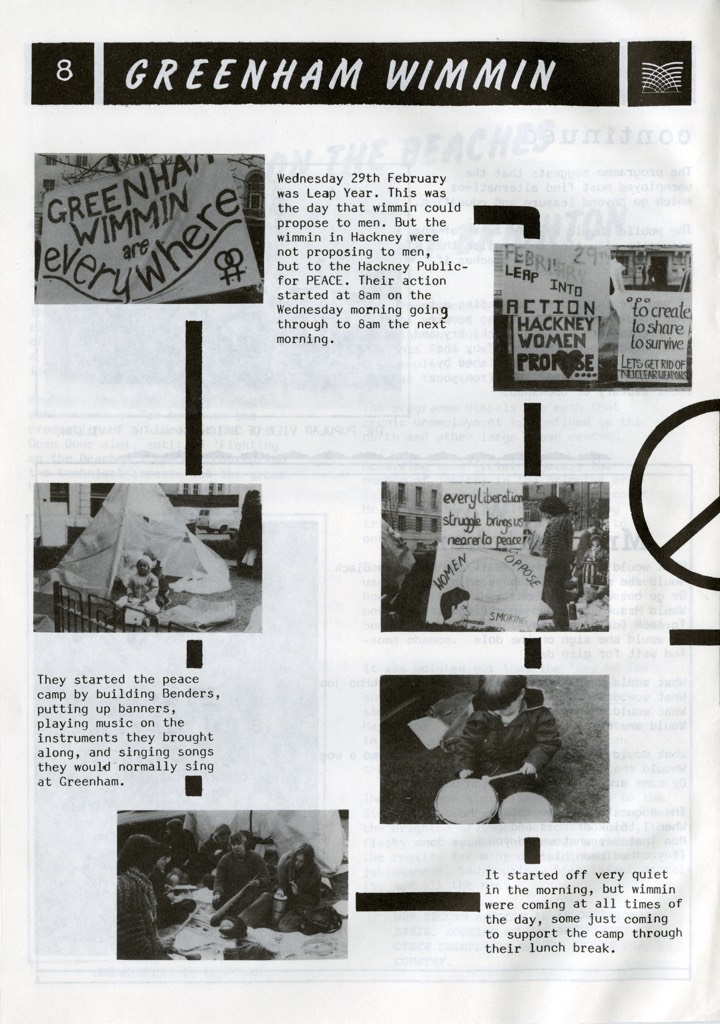