'On the Death of Blair Peach

And the earth span
And the stars stared
And the angry clouds
Spat their contempt
Into the face
Of this mean, murderous planet
Which feeds its innocent soil
With the young bodies
Of the selfless best
Now hung or stabbed or shot
Now driven to destroy themselves
Now battered in the streets
The wide horizon's
Giant ear listens
To hear explode
The fury of outrage
Against so foul a deed
When you again
Hear thunder roll
Over the burial grounds
It drums in your ear
Remember
Remember
Remember.'

Merilyn Moos, Siege's daughter, writes: 'Blair Peach, born in 1946, was a Hackney teacher and an anti-racist campaigner. In 1979, on an Anti-Nazi League demonstration against the far right, he was knocked unconscious by a policeman from the Special Patrol Group and consequently died.

Both my parents and I knew Blair, though separately. I attended the same International Socialist meetings in the Rose & Crown and other pubs, I was also a teacher and an anti-racist. There was lots for us to talk about. Blair was always inspiring. I remember exactly where I was when I heard he had died - in the departmental photocopying cupboard - and the shock I felt then has never quite left me. I attended his memorial, when ten of thousands poured onto the streets.

For my father Siege, Blair’s murder was too reminiscent of the murder of ‘the selfless best’ who acted against the Nazis. At the little ceremony when David Perman, my son, Josh, and me scattered some of Siege and Lotte’s ashes round her beloved tree in Victoria Park as Lotte had strictly instructed us to do, it was Siege’s ‘On the death of Blair Peach’ that we read.

Siege’s poem instructs us to ‘remember’ and so we shall.' 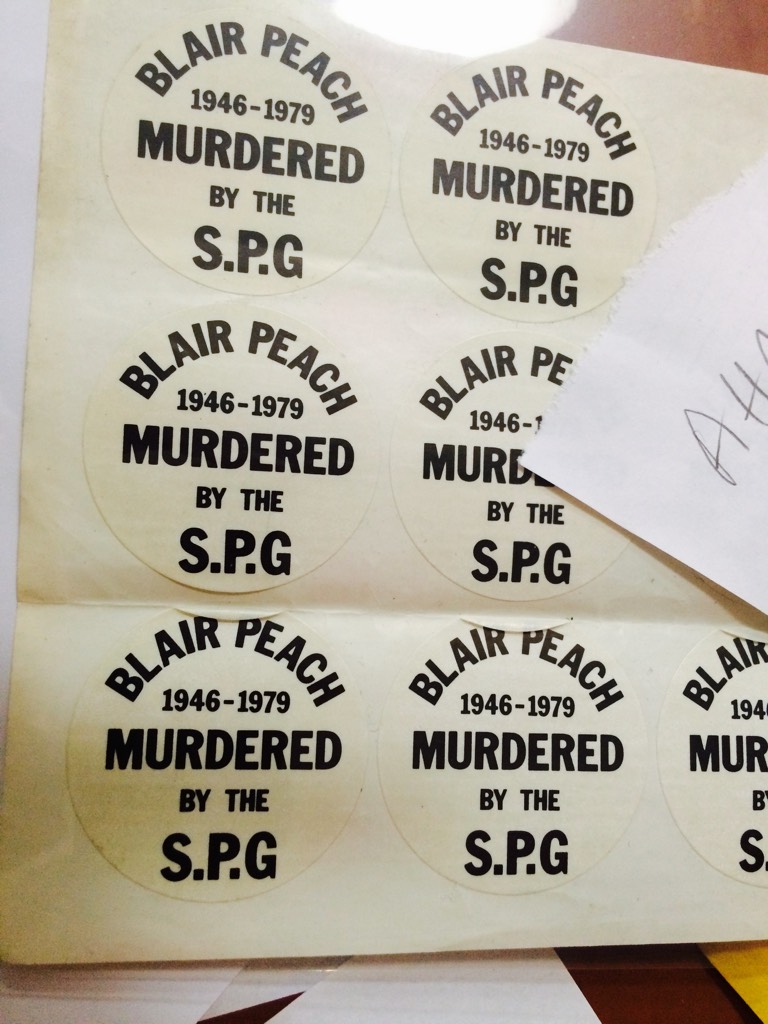