1 / 7 I Am a Traveller and I Am Proud! St Dominic’s Catholic Primary School

Travellers and Gypsies have been present in Hackney for up to 500 years, with families often traditionally camping on Hackney marshes.  After the 1968 Caravan Sites Act demanded local authorities provide permanent pitches for Travellers and Gypsies, one was established close to London Fields, and some of the residents were beautifully photographed by Colin O’Brien in 1987. That same year Travellers in Hackney won a landmark legal victory recognising racial discrimination against the community, when the Commission for Racial Equality took up their case after the Cat and Mutton pub in London Fields posted a ‘No Travellers’ sign.

In the summer of 2015 children at St Dominic’s Catholic Primary School in Homerton took part in a history and poetry project with On the Record, creating performance poetry inspired by the Traveller experience in Hackney. Around half of the group were from Irish Traveller backgrounds themselves. They learnt about the history of Travellers and Gypsies in the borough and were inspired by the songs and imagery in Ewan MacColl’s radio ballad 'The Travelling People.' The children then interviewed a local Irish Traveller woman about her life. With performance poet Cat Brogan they turned their research into a carefully crafted group poem addressing issues of discrimination and expressing pride in Traveller identity. 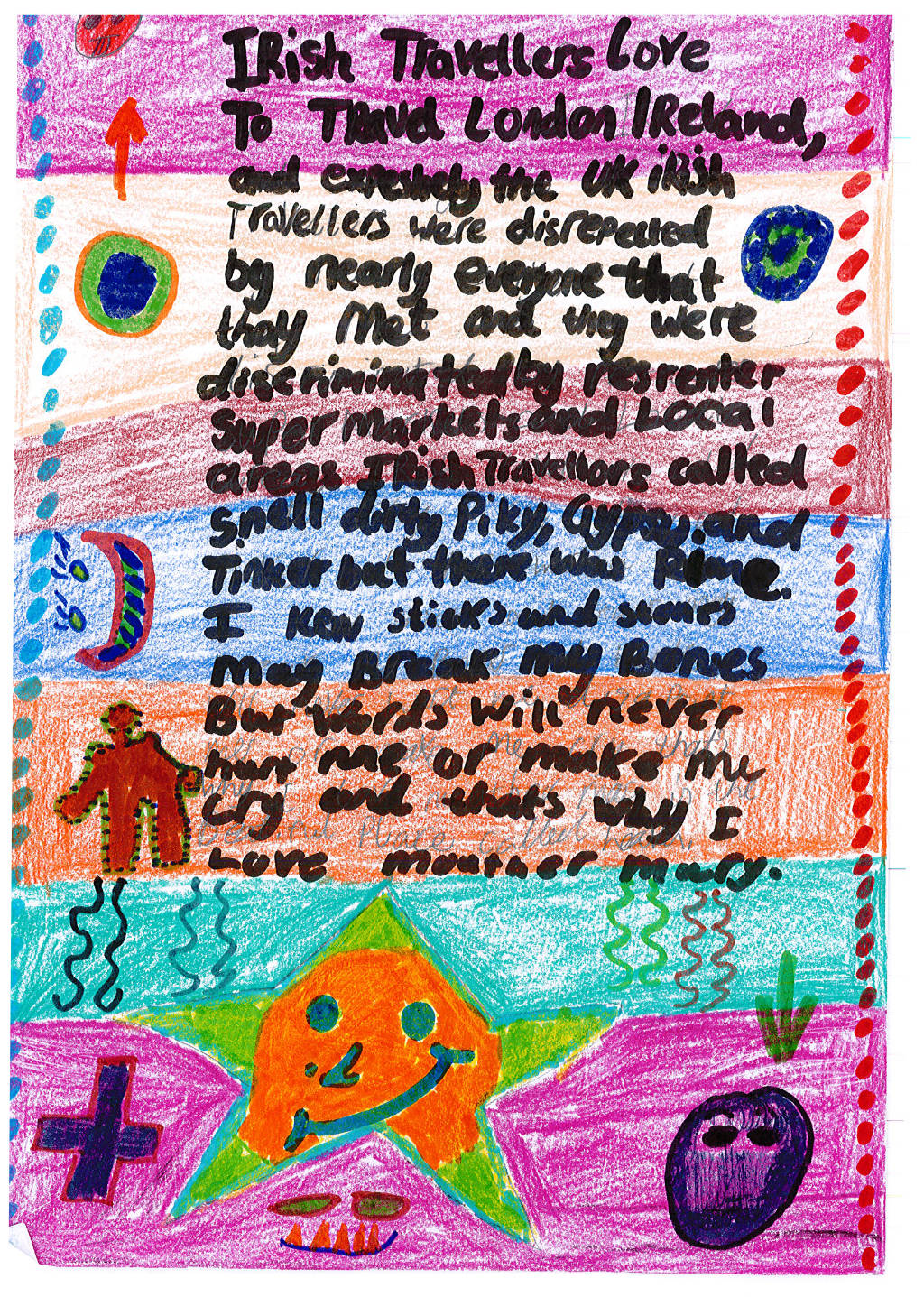 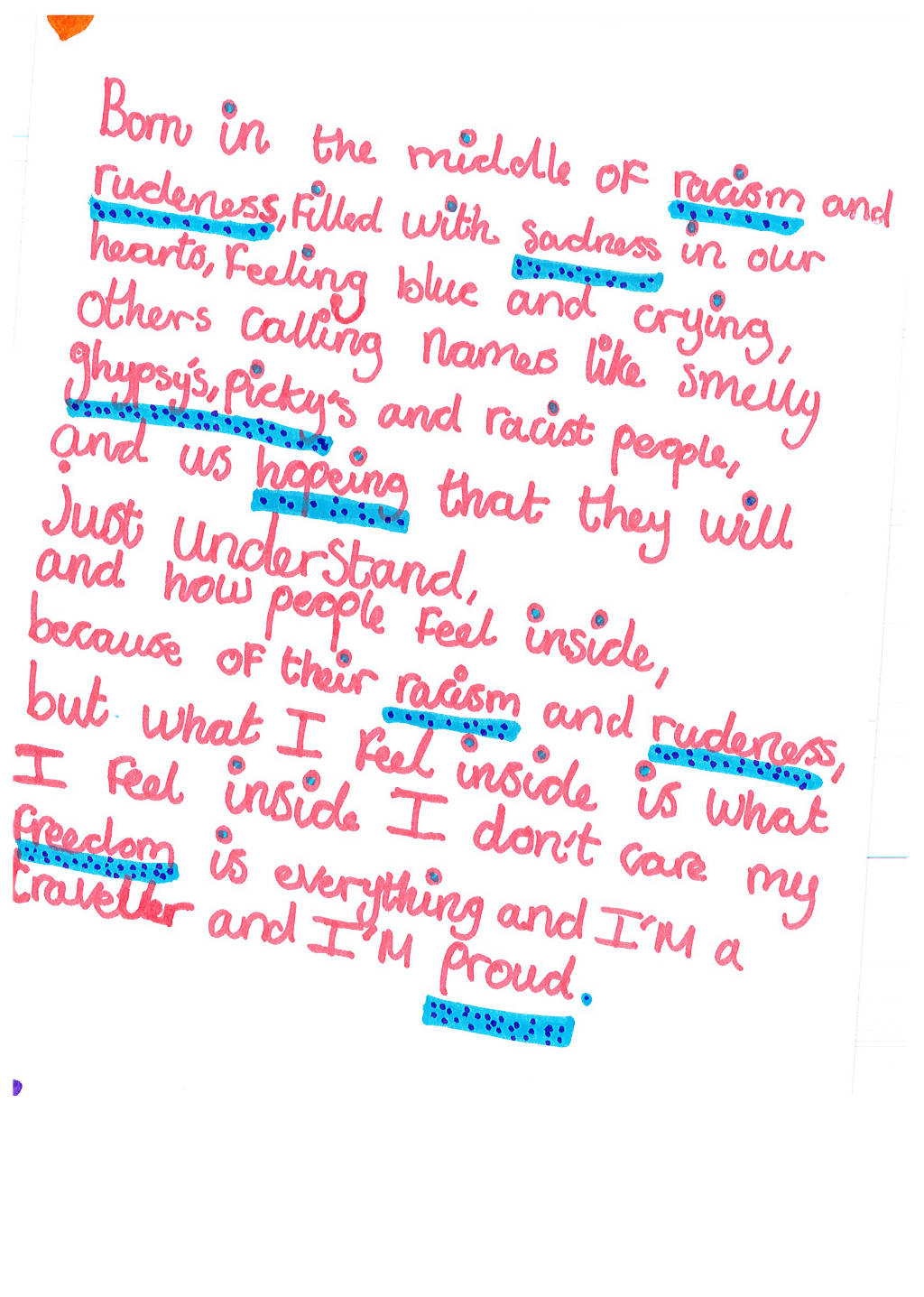