'After dinner I went over to the park
I saw a most peculiar thing:
Boys standing
I didn’t take no notice
Until after I had had a game of football.
I saw teachers trying to clear the boys
That were sitting in the streets
And on the pavements.
I asked a Ladybird
He said it was a strike
So I started laughing for it sounded funny:
Schoolboys on strike.
Hackney Downs boys too.'

There was a smattering of strikes by students in schools across the country at the time, inspired by the student unrest of the late 1960s and counter-cultural publications such as 'The Little Red School Book.' Margaret Gosley remembers a strike at Hackney Downs School: 'They decided to have a protest and they all went and sat on the playing fields, with their arms folded, singing ‘We shall overcome’. But they timed it all wrong, because they started at the beginning of the dinner hour so by the end of the dinner hour they were all worn out, tired, and they’d missed their dinner. And it was really easy to get them back in to school again.' 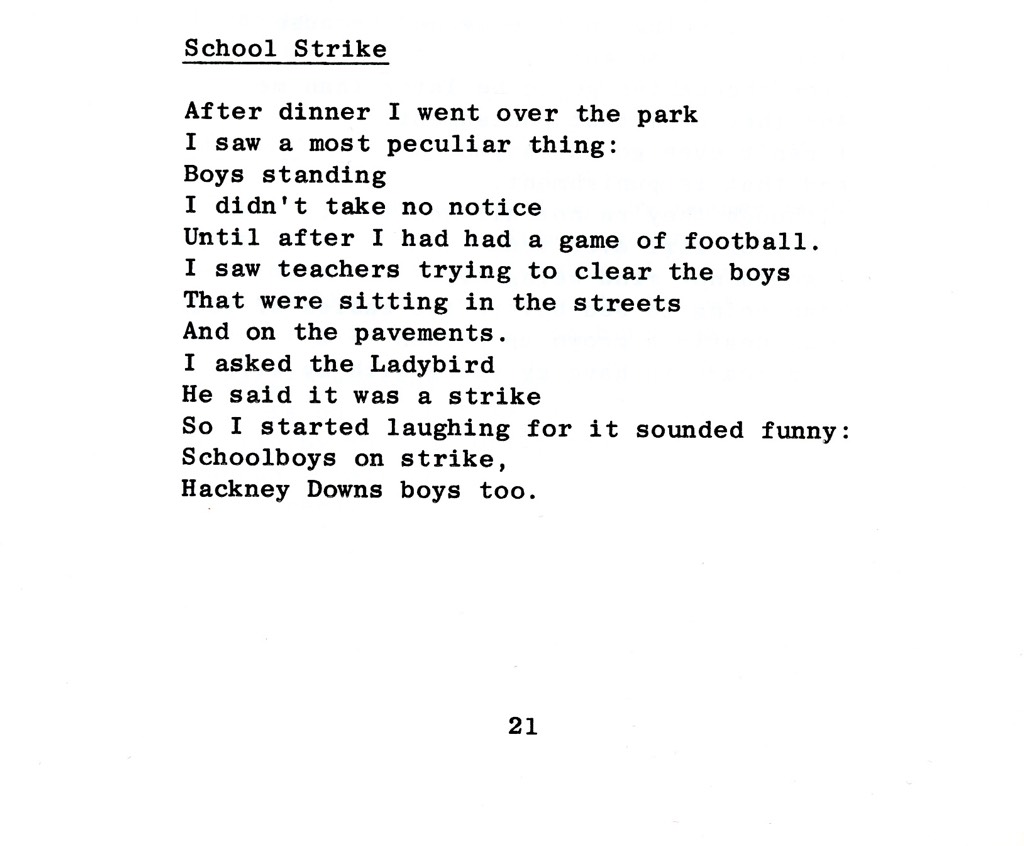