Toyin Agbetu became more involved in Centerprise from 2005 when Ligali, his Pan-African human rights organization, began holding events there. At first these were informal gatherings; they would show films and have discussions. Later, just a few years before Centerprise closed in 2012, Toyin hosted regular Sunday gatherings in the coffee bar:

'So what I’d do is that I would cycle down to Centerprise … I’d bring Oware and Scrabble and a deck of cards. I’d sit down in my spot, and read the Observer newspaper with a group of people who would pull up chairs. It would get bigger and bigger. And we’d all just talk about the issues that week. And that was very successful. I mean it wasn’t meant to be anything other than just people coming together, but it was almost like a surgery. I remember at one stage some of my friends got quite upset because they couldn’t get to talk with me like they used to…You know, if they came late, they wouldn’t be sitting on the same table that I was sitting at. And we played Oware as well, it’s a traditional African board game. Because a lot of people didn’t know how to play it, so they’d want to learn. We had chess as well. I got thrashed, which was very embarrassing,' he smiles. 'It was a social and political gathering. It wasn’t just political. So even though the lynchpin was me being there with a newspaper, and going through the issues, the whole point was that, because you could eat food, and you could reason and break bread, that kind of made it work.'

Toyin and his wife Oleander Agbetu are both still very active in creative education and community action in Hackney. They are involved with Hackney Museum (which reflects African-Caribbean people's histories in its varied programme). 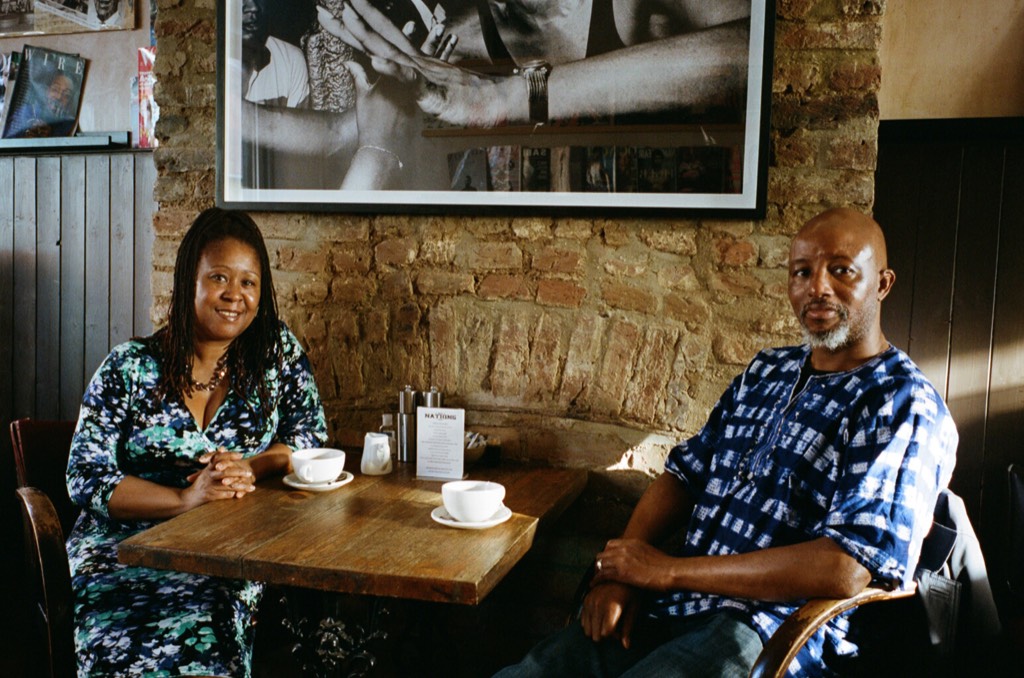 Toyin and Oleander Agbetu, 2015 © Sophie Polyviou
13 / If It Wasn’t For The Houses In Between: Hoxton Market
15 / Girl Writes: Downs Park Road
Menu