'I was about 16 or 17 when I first heard about the place. I grew up in Clapton and like most teenagers was looking for something to do or somewhere to go with my friends. I was brought up in a Jewish household and spent my time at Jewish youth clubs from the age of 13 to 15 but I had made a lot of non-Jewish friends at school and wanted to hang around with them and Centerprise was one of the places we used to go.

I went to Hackney Downs Grammar School and a couple of my friends were publishing an alternative school magazine which was called ‘The Hackney Miscarriage’. Probably would not be allowed to call it that now but anyway, I wanted to contribute something and asked if I could write a record review as music was my favourite subject. They told me they were producing the magazine at a place named Centerprise, in Dalston Lane, so I went there one afternoon and was surprised to see it was a bookshop, a cafe and a meeting place all rolled into one. It also had a record player and if the staff didn’t object, you could play your choice of music or pick out something from their collection. I still remember three of the albums: Gutbucket, a blues sampler, Junior’s Eyes, an obscure rock band that now fetch quite a lot for an original copy of their album and Pink Floyd’s Meddle.

The cafe menu was very limited but cheap and I wrote my piece on a typewriter in their office. It was about a band led by Pete Brown (lyricist for Cream), the strangely named ‘Piblokto’. I later sent a copy of the review to Pete (god knows in those days pre-internet, how I worked out where to send it!) and he wrote me a really nice letter back. I subsequently kept in touch with him years later.

What did impress me about Centerprise was the books and the accessibility of the place. I would sit there some days reading and not spending any money (because I didn’t have any) or I would buy a cup of tea and a cheese roll and take my sketch book and make portraits of the other people who were sitting there. One day, I started talking to a couple on the same table and met Steve (I don’t remember his female friend’s name). He was the first bi-sexual person I had ever met though I had no idea at the time about his orientation but they kept saying something like ‘we are not a couple like you think.’ We used to chat about the books and anything that seemed topical. He later became a set designer for the band Roxy Music and was featured in Nova Magazine because he was a collector of anything to do with the Mona Lisa. I think he also had over 100 Zippo lighters.' 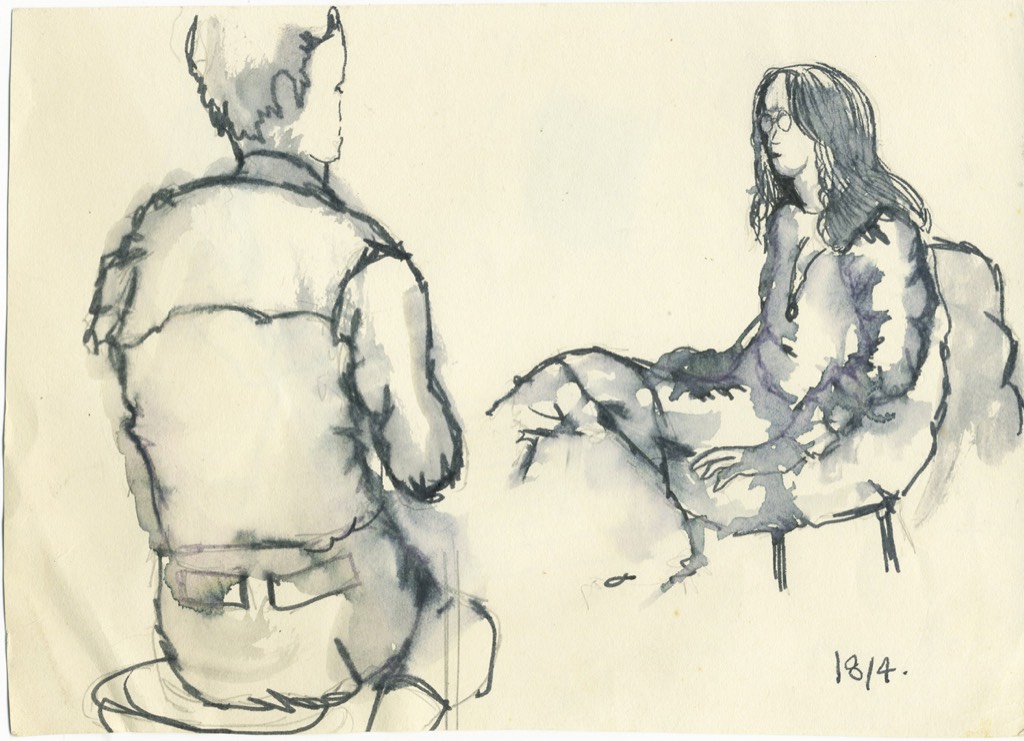