'July, 1973. I’ve survived my first year at Upton House School, a boys’ secondary modern recently relaunched as a comprehensive. Not every ‘probationer’ has made it - one left at lunchtime on the first day. But I’ve been telling the world since the age of ten that I want to be a teacher when I grow up, so I couldn’t chicken out. I made up my mind to work in a comprehensive during my teens, because the penny dropped that white, middle-class, public schoolboys like me have unfair life chances. ‘My principles’, I called the resulting ideas. At college, Freire’s ‘Pedagogy of the Oppressed’ sharpened my determination to carry them out. The Portuguese of the original makes for stilted English, but it’s music to my ears. As a history graduate, I aim to be a person who ‘does not consider himself or herself the proprietor of history or of all people, or the liberator of the oppressed, but commits himself or herself, within history, to fight at their side.’ The problem is that the boys at Upton House don’t want to know.

I’m walking along Dalston Lane, to Centerprise, reflecting on “The Battle of Room 303”. Next year I’ve got a ninth-stream, “Remedial” class. They’re not expected to keep up, so I plan to negotiate the curriculum, like my hero, Paulo Freire. As all but one are African-Caribbean, I’ll suggest a black history course. With luck, Centerprise will stock some books.

Glenn welcomes me. His Afro reminds me of a Black Panther, but he’s more cheerful and cuddly-looking than Malcolm X or Bobby Seale.  I ask about the learning materials, self-conscious about opening my mouth in case he dismisses me as a Limey toff. He doesn’t seem to care. ‘Great to rap’, he says, and recommends a US-published children’s book about black heroes and heroines.

Come September, I try out the chapter on Sojourner Truth and the Underground Railroad. 2.9 go into a huddle. A boy called Nixon-Kennedy Findlay announces their verdict. “We no want dis ras-clat ting from no white-man-teachah. Give we Nelson an’ Wellington, like de rest.”

That same month I join 'A People’s Autobiography of Hackney.' Centerprise becomes a Wednesday evening through-the-looking-glass into a better world.'

by Richard Gray, who was involved in literacy teaching and community publishing at Centerprise 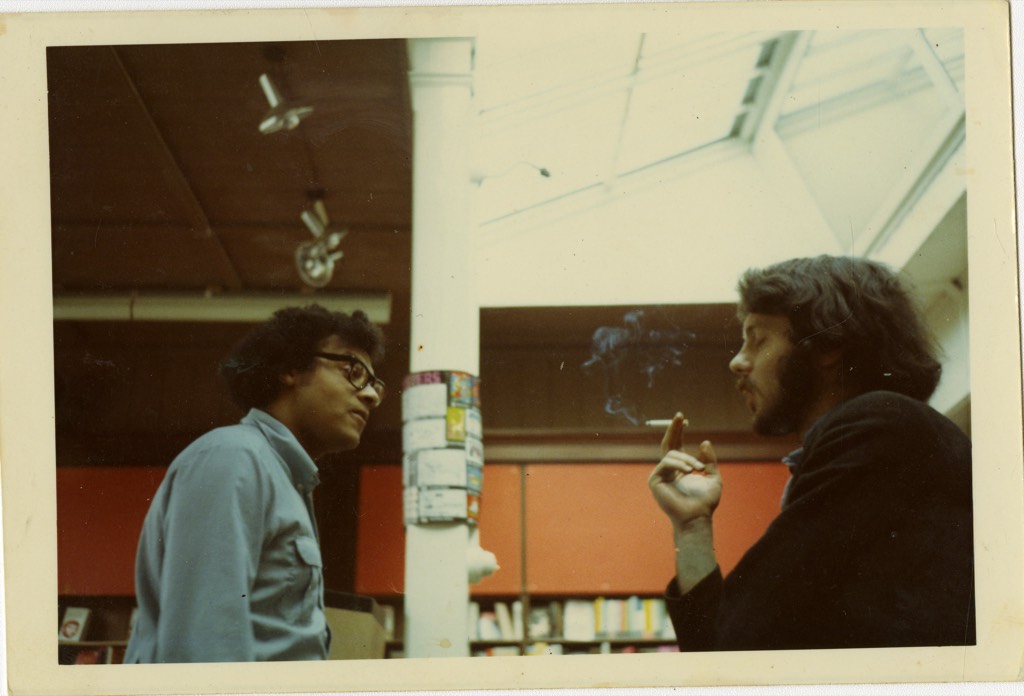