Young writers saw publishing workers like Maggie Hewitt scrubbing the floors or buttering bread at Centerprise, as part of the work of the Co-operative. It ‘demystified’ the publishing process, as Maggie recalls:

'The Young Writers Group met on Tuesday evenings but in reality young people would often drop in at other times, maybe to type out a poem, which they would then hand to me in the coffee bar. Their ages ranged from 15 to 25. Some were still at school and having to get their parents’ permission to come out in the evenings; others had been expelled from school, been to prison or had children of their own. Some felt their lives were finished; others that they were only just beginning. They produced their first book Nothing’s Sacred themselves. The cover showed Britannia smoking a spliff which led to some disapproval within the collective but it sold out very quickly and was followed by As Good As We Make It, which includes photos by the Young Photographers' Group. They were invited to perform their work in schools and on local radio. Some became Centerprise regulars and even workers.' 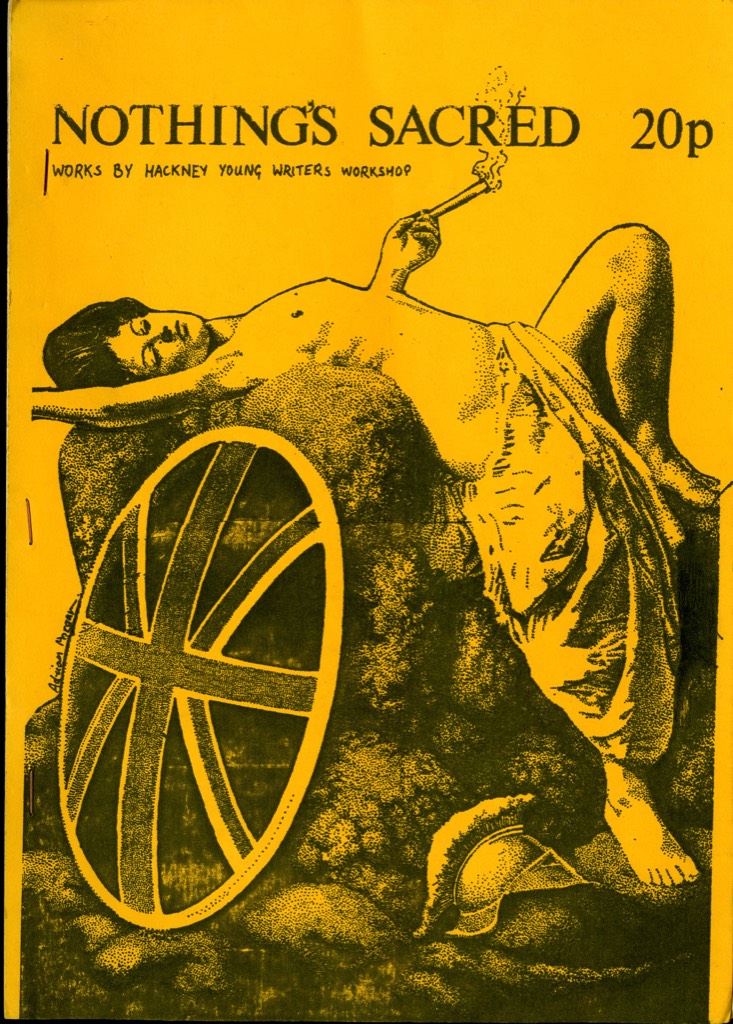