'Keys rattling,
Pa at the door.
Dinner is ready,
Just like before.
Yesterday, today,
How many more.
Ma by the cooker,
What a way of life.
But still she scrubs, cooks and cleans,
Her role is a black wife.
No pictures for her, no evenings
on the town,
She’s in house so much
No time to take off dressing gown.
All of a sudden,
Ma stop cook!
Women’s Liberation!
I gave her the book.

Now she's out every evening.
Resting in the day,
Enjoying God’s life
The sensible way.'

Angela Mars' poem is pinned to a house where the 18th century feminist Mary Wollstonecraft lived.

Maggie Hewitt, publishing worker, writes:
'Angela Mars was 23 when she joined the Young Writers Group in 1981 and she would come to meetings regularly. She wrote of herself, ‘I am British Black. At present I work as a receptionist which is more of a dog’s body, but I do hope to progress.’ Her family had come to England from Jamaica and her poems show confidence to write in different voices. ‘Keys Rattling’ shows her love and affection for her mother and an awareness of Women’s Liberation. It was published in 'As Good as we Make it'. Her other poem in that collection, ‘Wha' happen black girl’, fearlessly expresses her anger at the behaviour of some young men for taking no responsibility for their children, ‘You know him sew up your life good and proper.’' 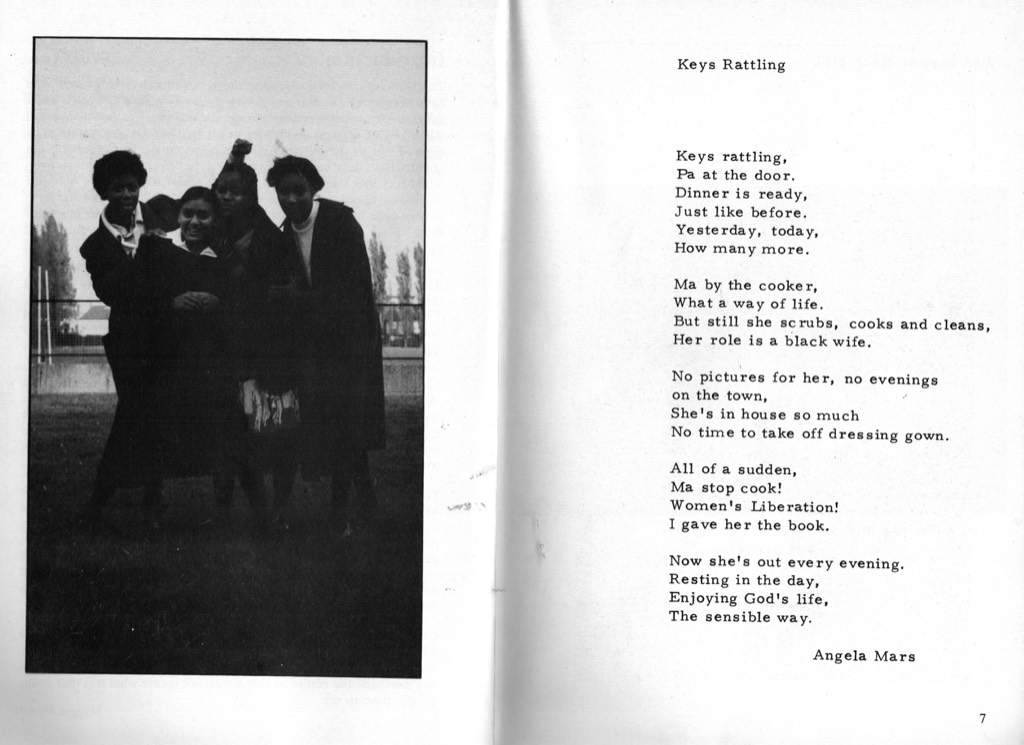 1982 © The Centerprise Young Photographers' Group
17 / The Cage: 73 Great Eastern Street
19 / Children of Hackney and Beyond: The Marshes
Menu