'Some poems are snakes. In the night
They slither under the sheet
Others are humble, dither and fumble
Keep to the light
But stumble
Over their feet
The snake ones whisper
Into the shell of your ear
The others trumpet
Go bumpety-bumpit
Like-it-or-lump-it
For fear
No one will listen
No one will hear
Put out a saucer for snake to lap
A gentle inducement - not a trap
Yet, don't lock the humble ones out at night
They fumble and stumble - but they fight
Are easily, sadly, defeated
It's when snakes and tumblers fraternally twine
You shall have your cake, eat it,
And drink your wine.'

by Lotte Moos [who often performed at the Approach Tavern]

'A poem dedicated to fellow poets, Lotte Moos is writing about how poems come wriggling out of the imagination and how to seize them before they disappear. Lotte had a lifetime of catching words and taming them on the page. She had started to write before she fled Germany but it was in Britain, with rather too many experiences to draw upon, that she sank herself into the labyrinth of words. Submitting short and much praised stories for 'Die Zeitung', a Government sponsored journal for German exiles during the war, she was exhorted to send in more. She protested that stories were like tears. They could not be produced on demand.

Later, she focused on writing poetry; this poem suggests how hard this can be. In bed at night, poems can become visible as they come slithering out from some deep unknown; others, in the light of day, have to be looked for as they hide away in the poet’s unconscious. Lotte may make the act of writing poetry look easy but as this poem reveals, catching the words before they - and you - are defeated can be hard.

Indeed, in the last years of her life, as past and present, night and day started to tumble together and get confused, Lotte could no longer catch the words. ‘Here’, I said, giving her a crisp red note book and pens, ‘write’. But the words had ceased to wriggle into the light.' 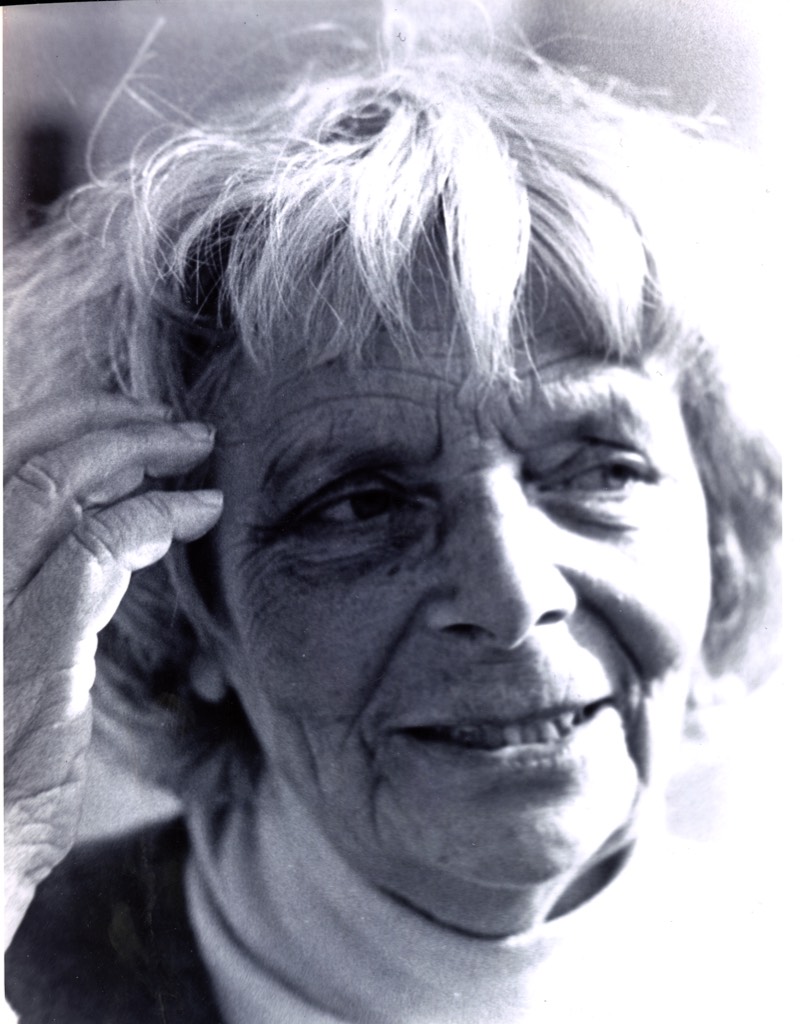 Photograph of Lotte Moos, 1981 © Maggie Hewitt
3 / If You Think: Hackney Migrants Centre
5 / At The End What Happens To Us? Ridley Road
Menu