In 1975, Richard Gray was teaching at a Peter Bedford House on Clissold Road - a Centerprise outreach project.

'From Kingsland I cut up Shacklewell. I’ve popped into Centerprise after work - found a Freire pamphlet, 'Literacy in 30 Hours', published by the Writers-and-Readers Coop. A phrase about the 'democratisation of culture,' bugs me, so I find it under a streetlamp: a Brazilian peasant says 'it has to do with what we make as people, not what they want for us'. But suppose adult-lit students don’t make pretty stuff? I think of my afternoon at a Peter Bedford Project house in Clissold Road, where I teach half-a-dozen longterm psychiatric patients being 'resettled in the community'. The group is an offshoot of Centerprise’s Reading Centre. Our Freire-inspired dialogues keep revealing ugliness. Keywords for the residents’ 'realidades', to use my hero’s Portuguese, could be 'rip-off' and 'scam'. Arthur and Jim are tea-leafing their housemates’ benefits. Today their new swindle came to light. According to Harry, it’s about Embassy coupons. Failing to understand it makes him cry. And Paula says Jimbo 'keeps touching me up'. At home, I open Cultural Action for Freedom. Flicking backwards, past ads for Kohl’s 36 Children and Reimer’s School is Dead, I pause on Freire’s final page: 'Limits...are set by the oppressive reality...imposed by the power elite'. Looks like I’ll have to snitch.'

Richard Gray’s sessions built on the students’ skills as speakers, like his hero Paul Freire, the revolutionary Brazilian educator. Sessions began with a discussion about something that mattered to his students, then Richard would write one of their sentences on a strip of paper. The students would practise saying the chosen sentence and pointing to individual words. Once they were confident with their shapes in writing, he would cut the strip into its individual words. The students then practised putting them in order, like a jigsaw. The pair pictured were both students, Maureen and her friend Harry. Richard said of Harry, ‘He loved going into Clissold Park. He would sit under a tree and look at the birds and butterflies. Sometimes he’d take himself off for walks and get lost. My lessons focused on learning numbers so he could get back on the 73 bus and come home.' 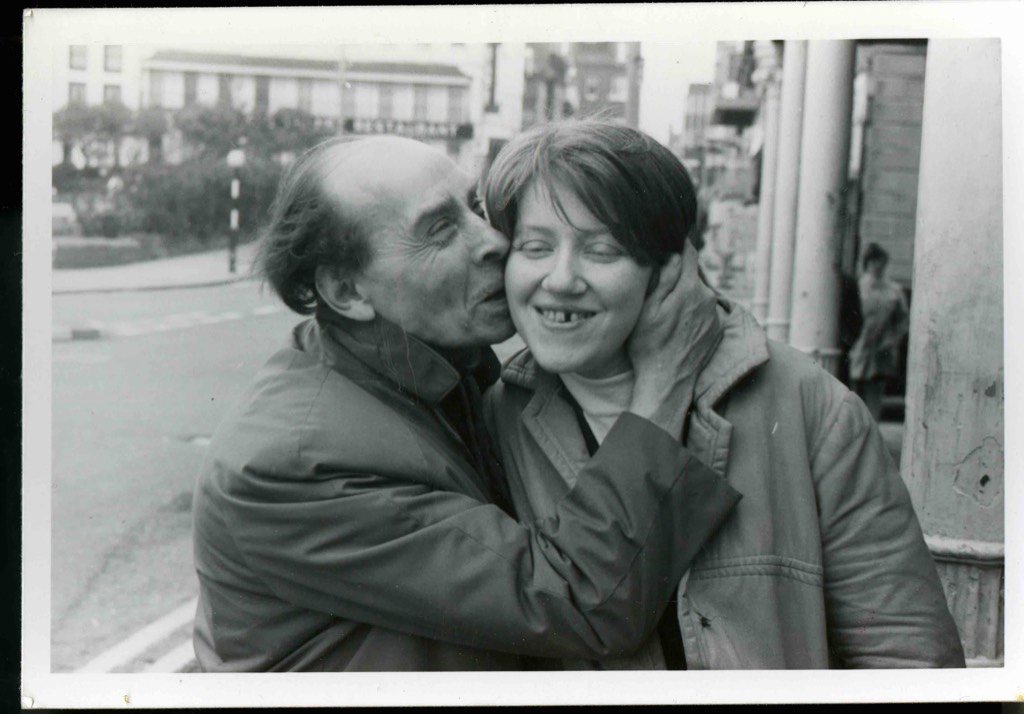