'The bald head came up
and the red chubby face
smiled over the 'IN' tray.
'Hang on a bit, old son,' he said.
'I've got a customer in there already.'
He tilted his head
towards an open door behind me.
It had his name on it.
'Won't be long,' he promised.
He hadn't found what he was looking for, but he bounded back to his room.
The young man with the beard
waved his hand at the waiting room.
I went in.
There were two people there,
a black boy and his girl,
both with Afro hair styles. The room was mostly glass
and the sun was frying us. I didn't say anything.
Now and again
the black youth mumbled to his girl-friend.
I bet he didn't get the job he wanted.'

from The Interview by Roger Mills

Roger Mills' witty first book is about his experiences as a comprehensive school leaver seeking an 'artistic job' in the 1970s. He visits the youth Labour Exchange (now called the Job Centre) for an interview with the careers officer who tries (and fails) to fob him off with a job at the Metal Box factory. Roger uses the metaphor of a boxing match, but the exchange he describes is more subtle. Centerprise adapted Roger's initial short story for adult literacy students, hence the short lines. The story is accompanied by fine-line illustrations from Roger’s friend, the screenwriter and artist Alan Gilbey. Despite never visiting the interview room himself, Alan imagined its claustrophobic atmosphere with uncanny accuracy. 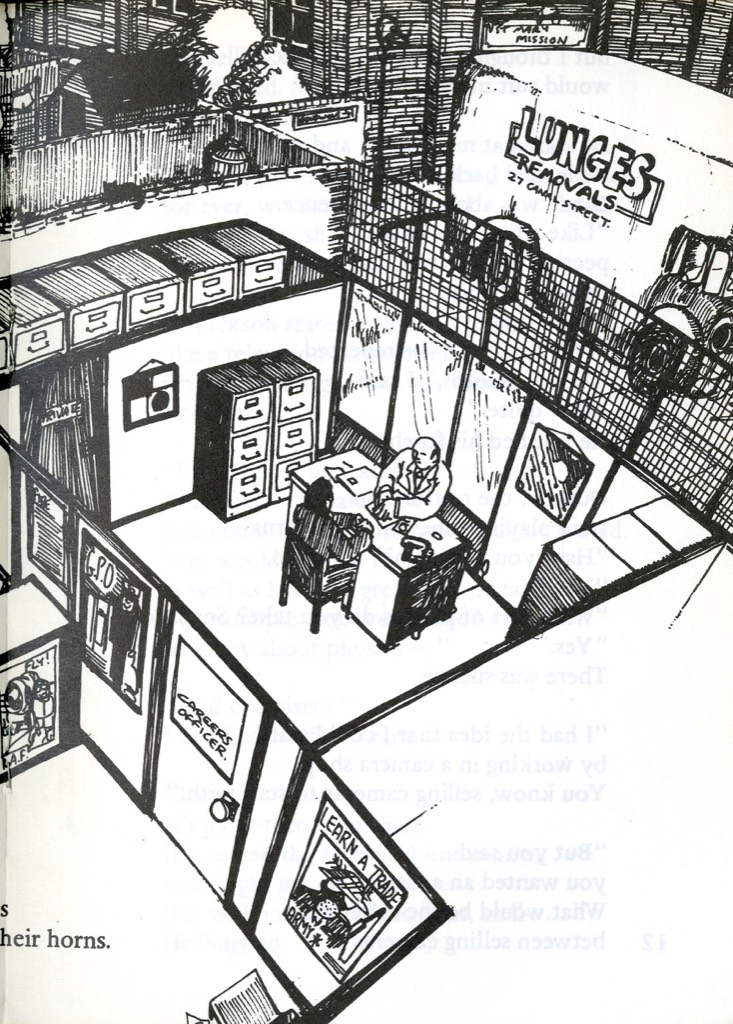