'One middle aged lady used to come into the Centerprise cafe wearing nothing but a filthy mac, with not a stitch underneath. She smelt very strongly and looked like she was homeless but she had an address near Stoke Newington Common. She wanted advice because she said that she was being harassed by neighbours. In the event it turned out that the house was so filthy, the neighbours had called environmental health to get something done. She had a social worker and, not knowing what to do, I called him to ask if the home could be cleaned up in some way so that the ‘harrassment’ would stop. He accused me of trying to impose my middle class values. I suppose I was indeed trying to push basic ‘values’ of public health if that would resolve the issue. But to this day I resent his implication that working class families would not care about cleanliness. I will always remember too that she was what we would say in those days: ‘well-spoken’, clearly an educated person, she expressed herself perfectly clearly. Whatever her state, it was not due to homelessness nor to lack of education or lack of articulateness. We never resolved the issue and she would come to the coffee bar several times for advice at which point it would empty. But we never turned her away.

One day a young woman walked into the coffee bar stark naked. I think she asked for advice. The coffee bar worker calmly sat her down at a table with a cup of tea and got her a coat to put on. A young woman police officer appeared, having been alerted by a member of the public. ‘Is everything alright here?’ she asked. We assured her that we were sorting things out. And we did.

Centerprise attracted a number of people with mental health problems, often outpatients from the nearby German Hospital. There were serious debates about the extent that we could tolerate anti-social behaviour given that we aimed to serve the whole population, many of whom were put off by the more extreme incidents. It was a genuine dilemma and in hindsight, I think we did very well to maintain a sort of balance. The dilemma did not apply only to mentally ill people of course, but the examples above showed how it took on particularly difficult form in their cases.' 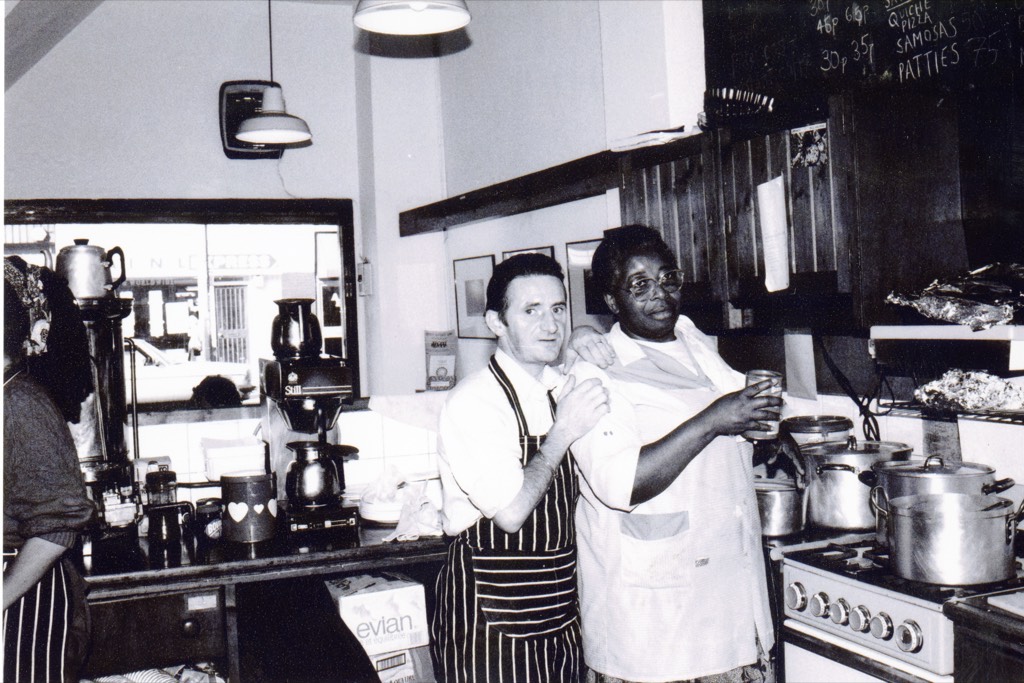